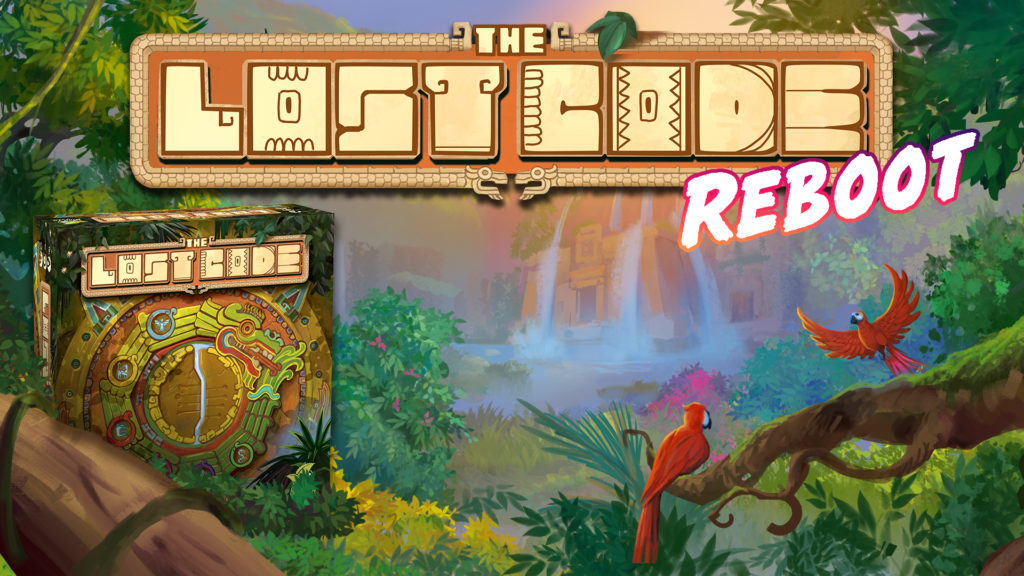 The Lost Code – Reboot Campaign is on its way,

Click here to  get notified on launch and don’t miss a chance to receive a gift from us! 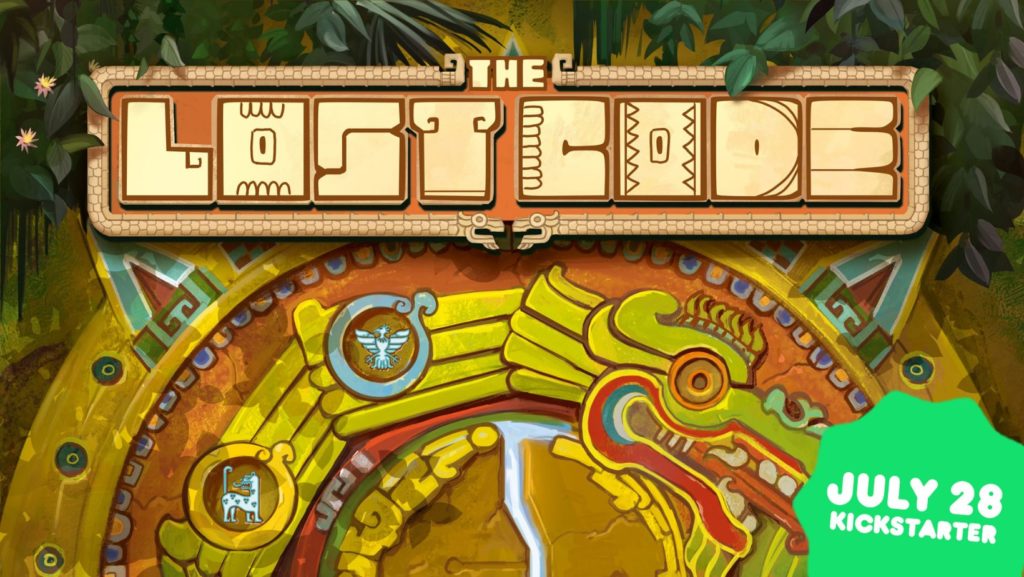 The extended teaser is online, watch it on YouTube now!

Click here to visit the Kickstarter pre-campaign page and get notified on launch!

No Comments
Jul
The artist 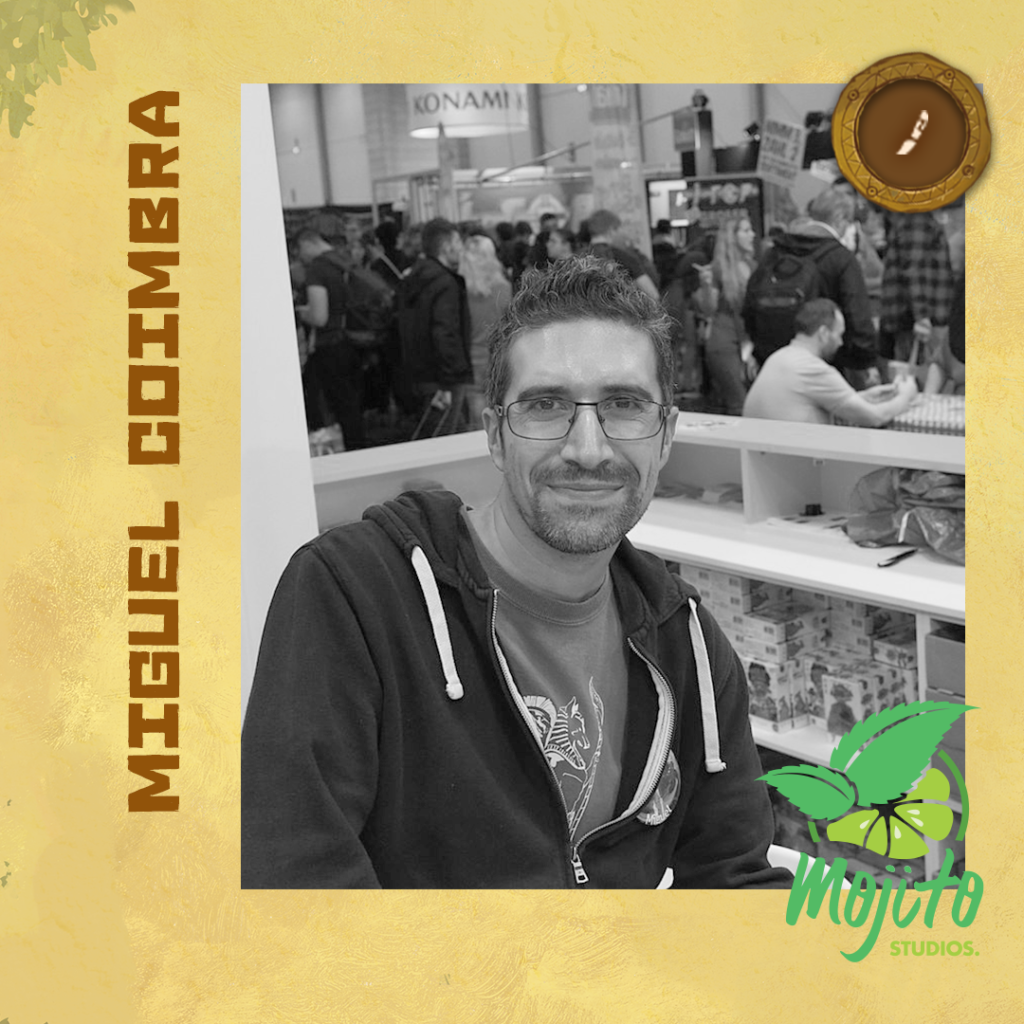 Miguel Coimbra is a self taught artist who has began his career in video games as a graphic designer and concept artist. He left his job in 2005 to became freelance and work as a full time illustrator. He started to work on trading card games mostly, then he began working in the board game industry with Days of Wonder and then with his first full illustrated game for Matagot (Giants) in 2006; from there, he never stopped making new games like Cyclades, 7wonders, Smallworld, Mountains of Madness, Outlive, Fairy Tile, Fuji Koro and, our last production, Cleopatra and the Society of Architects. 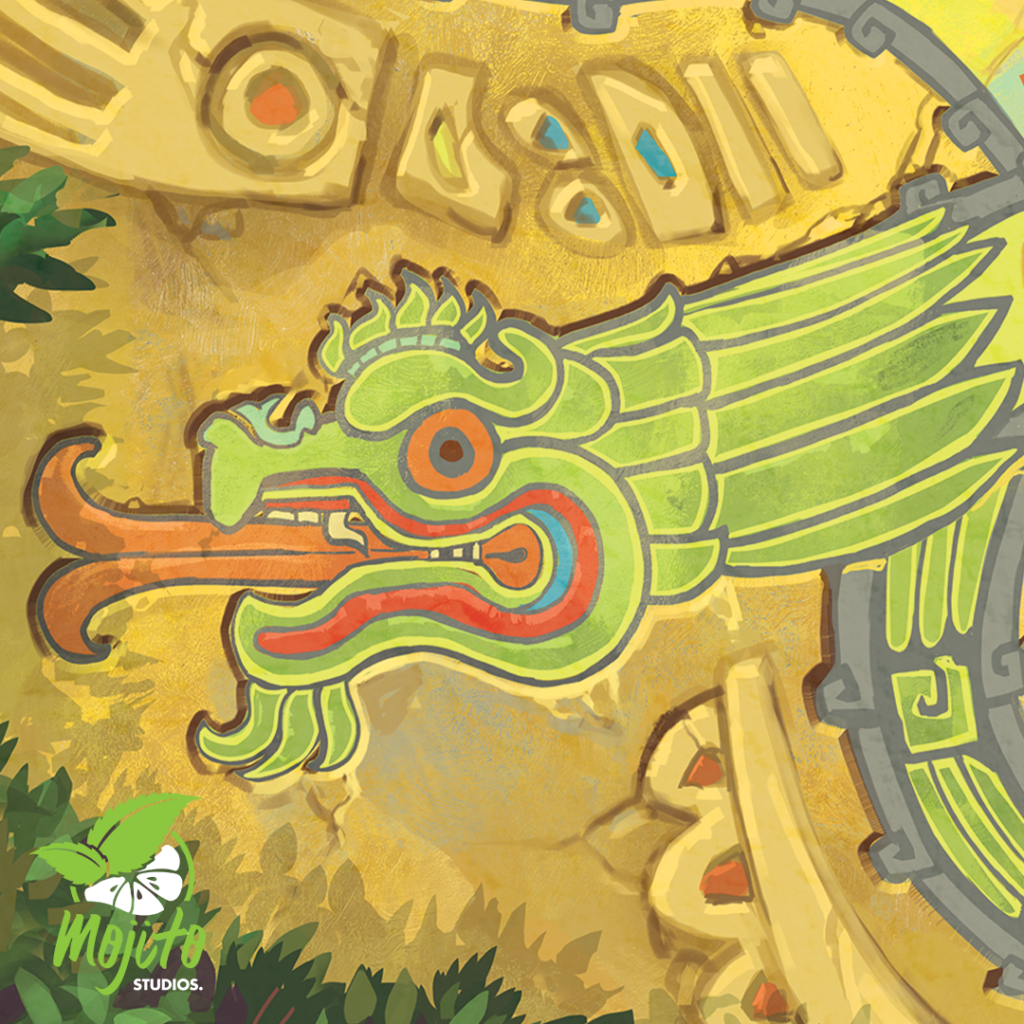 This was the first version released as an actual board game title. To help the players with less victory points, the new ruler intervals were different compared to those of the old ones.

In this last version, the rulers are substituted with wheels, with intervals of different width acting the same way as the rulers. 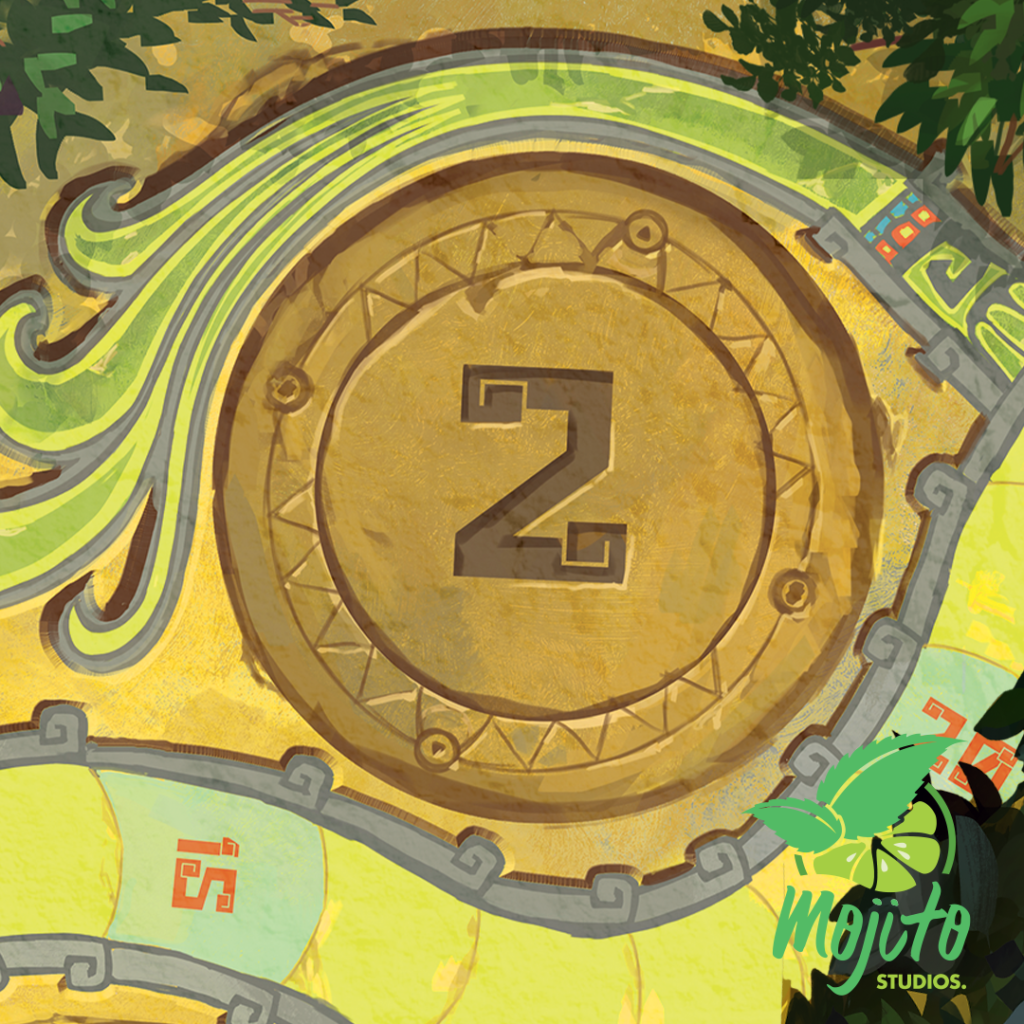 The following development step inserted the rulers. This time, the push-your-luck element was not based on an absolute value to estimate,  but rather on the admitted error-range, which solved the problem of the values distribution among players. Having high-value cards, indeed, did not represent an advantage over player with lower-value cards, as what mattered was to hit the rightest value, without over – or under-estimation. The push-your-luck system was based on the amplitude of the used ruler: the wider it was, the lowest the points it conferred.

No Comments
Jul
Rules and Game Mechanics I

The original idea for “The Lost Code” was to create a deductive “push-your-luck” title, and the very first tentative titles were “Blind Scoring” and “X-Code”.
Since the very first edition, each player received a card per color, representing the value that color had for each of them, but none of them was able to see their own value.

Blind scoring
In the first versions, there was an additional color (white) which acted as an “imposed control” with a fixed value (i.e., 15), from which the sum of all other colors was subtracted.
In this example, if my green value was 2, my red 3, my blue 4, and my yellow 1, then I had a white value of 15-10=5. Then, each player received some “goods” cards in different colors, for which they had to try and estimate their values bidding the highest possible number, without exceeding their real value. The bids were placed in secret simultaneously by all players, using wheels, just like the ones in this last version of the game. Those who bid a number exceeding the real value went bust and gained no points. Instead, players who bid for a number equal or inferior to their real value gained as many points as the opposing busted players or who had a lower bid. The highest bidding player whose estimate had not gone beyond their real value obtained a bonus point. Basically, there were two main aims: i) to guess the value for each color, and ii) to bid for the highest possible value during each round. The white color value basically gave the same opportunity to all players, although players with more “extreme” values were indeed a little more facilitated compared to those with “medium” values. The presence of this “control-imposing” color had its appeal, although it introduced a calculus factor which wasn’t in everyone’s chords.

X-Code
This second version was similar to “Blind scoring”, but without the white color. To ensure a balanced distribution in the players’ starting values, cards were not dealt randomly, but rather each player received their cards and, in turn, attributed them to a player. This system allowed for values sets which resulted as generally more balanced. Each player also had “Movement” cards. During each round, a player could play 2 to 5 movement cards, declaring the number of steps they intended to take. if this number was equal or lower than the value of their cards, the player could move. Otherwise, they couldn’t take a step. Each player could then only draw 3 cards, thus playing more cards led to having less cards in hand. However, the players who had received the highest values from the beginning were still more favorited in this second version, as well.

We are proud to announce our new Kickstarter campaign starting on the 28th of July: The Lost Code.

This is a smart deduction game, from 2 to 4 players, in which you’ll have to figure out which numbers stand on your display while seeing only other players’ numbers, relying on logic and cunning.
This brand new version of the game Think Str8!, designed by the famous Leo Colovini, features new amazing art by Miguel Coimbra and new components that give the game an engaging thematic feeling.

The core gameplay is essentially the same but, in collaboration with Mr. Colovini, we decided to add 3 expansions as KS exclusives. Do not miss your chance to get them!

Be prepared, the Temple of the Sun does not forgive the faint of heart…

No Comments
Nov
The Lost Code 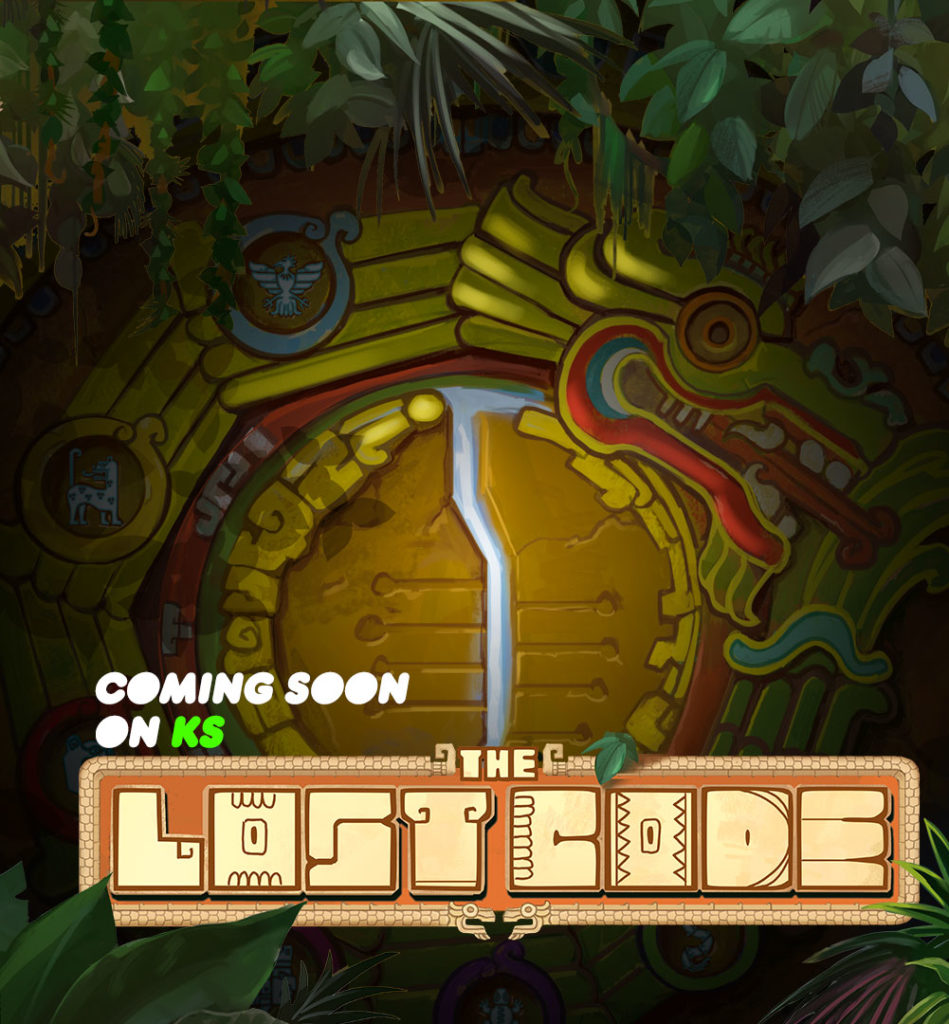 Some secrets are buried in time.

Forgotten civilizations hidden their knowledge deep in the heart of the jungle.

Do you have what it takes to solve the enigma?

In a world full of pitfalls, the real challenge is to escape the maze of your head.

Unlock the door, unleash your mind… and crack the Lost Code.